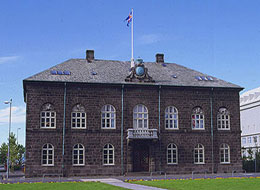 Democracy Center has for some time made efforts to initiate fund voting among MPs and deputy MPs on two separate issues, i.e. fisheries control and a master plan for the exploitation and protection of the country’s energy resources. The project has been presented to them in conversations, either individually or in pairs of two.

A master plan containing ranking or classification of exploitation possibilities was developed by a steering committee under the Ministry of Industry Energy and Tourism. As a matter of course the plan will, when it comes from the committee, be open for public discussion as well as for suggestions on fine-tuning of the ranking and classification before being processed and adopted in its final form by the Althing. The fund voting will be held as part of the public discussion as soon as the plan has been released by the steering committee.

Fund voting among MPs and deputy MPs on the fisheries control commenced in September 2010. Sixteen issues were presented in the initial phase. Participation in the process included (1) making propositions for amendments of the laws and regulations that are in effect as regards the coming fisheries year, commencing on 1 September 2011, ending on 31 August 2012, and (2) offering votes when the individual issues were presented. By November four issues had been processed. There have been no objections to the method applied, yet participation was dismally low, and biased along party lines as well. Consequently the fund voting project was aborted. Two political parties yielded not a single MP. In all 25 of the Althing’s 63 MPs belong to these parties. An MP of one of them gave the explanation that fisheries control had been such an explosive issue at the last party congress that any statements made by the MPs on the matter within the frame of the project might cause unrest. There are irreparable differences of opinion as regards the issue between and, in some cases, within the parties. Fund voting can in cases like this not alleviate such controversies; for that there must be more sets of issues to choose between and each issue must have more alternatives.

The above outcome was not totally unexpected, cf. the discussions in the section on Major Issues in Democracy with sequential choice and fund voting (III.D.4). The hard work formulating the problems has, however, been rewarding, as there were so many alternatives to choose from in each case.

In 2008 and the first quarter of 2009 we at the Democracy Center spoke with all the MPs and deputy MPs in question, 115 in all. Then, all of a sudden, there were General Elections in April. This necessitated interviews with 73 new MPs and deputy MPs. The ones that had not been reelected in the 2009 elections could participate in the project if they so wished. Cabinet Ministers who were MPs were excluded. During the interviews there were no objections to open voting, i.e. publicly revealing how each MP or deputy MP spends his vote. The MPs seemingly were under the impression that it could be advantageous for them to document their commitment in the way made possible by fund voting. The interviews were meant to prepare the MPs and deputy MPs for the fund voting on the two issues discussed above. Some of the interviewees stated that they were only interested in one of the issues.